“Kevin has spent more than three decades helping organizations build and expand their information technology infrastructure,” said Covered California Executive Director Peter V. Lee. “His knowledge, experience and passion will serve us well as Covered California continues its efforts to use technology to make health care work better for consumers and to support our team in serving millions of Californians.”

Cornish has 31 years of experience in the field, coming to the exchange from the Office of the President at the University of California, where he was its chief technology officer since August of 2017. Earlier in his career, as the vice president of the IT Infrastructure Program at Kaiser Permanente, Cornish helped lead a multibillion-dollar initiative to remediate and transform the technology foundation supporting Kaiser’s integrated health care delivery model.

Cornish will be replacing the retiring Karen Ruiz, who began her service with Covered California as the CalHEERS project director in May of 2013, helping build the enrollment portal at CoveredCA.com from the ground up along with joint-venture partners from the Department of Health Care Services, Office of Systems Integration and Accenture. She became the agency’s chief information officer in March of 2015 and was named CIO of the Year in 2019 by the Public Sector CIO Academy Awards for her outstanding leadership and innovation.

Cornish graduated with a Bachelor of Arts degree in Human Information Processing from the University of California, San Diego in 1988. He worked for private software companies until 2010 before joining Kaiser Permanente and then the University of California, Berkeley as the CIO of the Haas School of Business in 2014. He will earn $260,000 annually, effective Aug. 1, 2020. 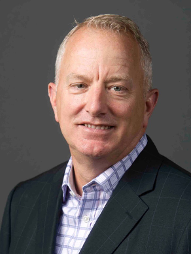