The Spanish-language television ad “Corazón” aired during the most recent open-enrollment period. The ad depicts a father watching his daughter grow from a toddler through to her quinceañera, and highlights how important proper health care coverage can be in that journey.

“Covered California believes in and invests in marketing to all of our state’s diverse populations,” said Executive Director Jessica Altman. “We are proud of the culturally relevant content we create to reach Californians with the message that affordable health insurance is available for them and their families. These awards show the value of this approach.”

Since 1979, The Telly Awards have been a top honor for video and television content across all screens. This year’s awards saw over 11,000 entries with companies nominated including ViacomCBS, Warner Bros., Sony Music Entertainment, Microsoft and ESPN.

Dramatic Increase in Enrollment Among Latinos

Covered California’s commitment to reach California’s diverse population, in addition to the increased financial help now available through the American Rescue Plan, has helped lead to a dramatic increase in the number of Latinos enrolled in the marketplace.

Covered California’s special-enrollment period is currently available to eligible uninsured Californians. The most common qualifying life events are losing health coverage, getting married, having a baby, permanently moving to California and moving within California.

In addition, there are several qualifying life events that are available due to the public health emergency and the American Rescue Plan:

A full list of qualifying life events can be found here.

People who sign up during special enrollment will have their coverage begin on the first of the following month.

Consumers Can Easily Check Their Eligibility and Options on CoveredCA.com

People can explore their options in a number of different ways.

Covered California’s online enrollment portal and certified enrollers will also help people find out whether they are eligible for Medi-Cal. Medi-Cal enrollment is available year-round, and the coverage will begin the day after a person signs up. 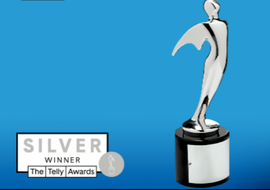