Insurance Agents Get Big Compensation Boost to Help Enroll and Renew Millions of Californians, Who Are Benefiting From More Financial Help Than Ever

SACRAMENTO, Calif. — Covered California announced on Wednesday that three of the biggest health insurance carriers that it contracts with — Anthem Blue Cross, Blue Shield of California and Kaiser Permanente — will be increasing the amount they pay insurance agents who provide independent assistance to consumers signing up for coverage in the individual market.

“Agents play a vital role in helping hundreds of thousands of Californians get affordable coverage every year, serving individuals in every corner of the state,” said Peter V. Lee, executive director of Covered California.

“Covered California has been working to be sure that agents are paid fairly for the critical work they do on behalf of consumers for the past two years, and we want to thank Anthem Blue Cross, Blue Shield of California and Kaiser Permanente for doing the right thing and upping payment to agents, who are on the front lines of expanding health coverage for Californians.”

The increased compensation will come at no additional cost to consumers, as Covered California’s Licensed Insurance Agents are paid through the monthly premiums that the carriers receive.

The move comes after Covered California studied agent-commission trends and found that while people were continuing to rely on an experienced person to help them understand and choose their coverage options, agent compensation had steadily declined since 2014.

“The increase in compensation will be money well spent because agents play such a key role in helping Californians get covered and use their health plan benefits,” Lee said. “Insuring more people means a healthier consumer pool, which means lower premiums for everyone in the individual market.”

In addition, the new payment structure will provide independent agents with a more reliable revenue stream to invest and grow their businesses, which will enable them to provide more services to Californians. For the 6,300 agents who have 10 or more Covered California consumers, the increase will represent an average increase in their annual compensation of about $3,300.

“Bringing compensation up helps keep agents serving the individual market remain actively engaged and supports their dedicated efforts to serve consumers and make sure they are covered,” said Terri Convey, director of Covered California’s Outreach and Sales division. “Insurance agents have been a key partner since we first opened our doors, and this move goes a long way in making sure they will be there when Californians need them the most.”

Consumers can visit https://www.coveredca.com/support/contact-us/ and search for the agent or storefront nearest them.

Figure 2: The Majority of Covered California’s Agents Are Multi-Lingual 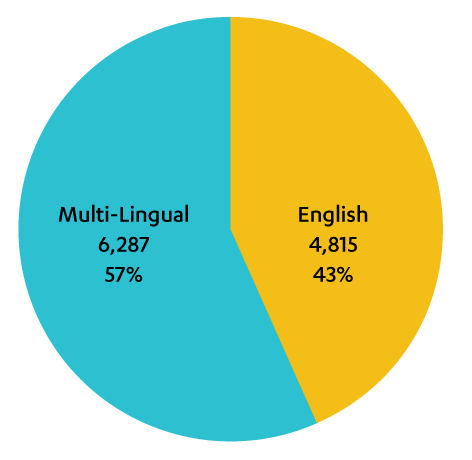 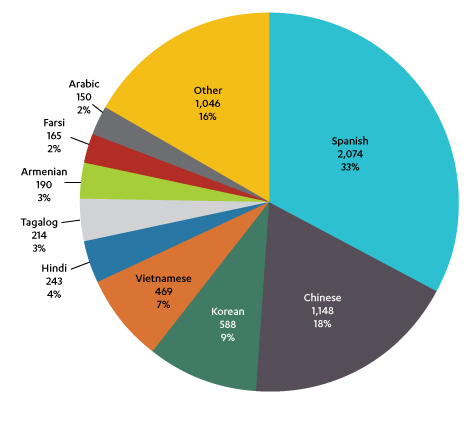 The agents are required to meet stringent certification processes that include the obligation to help consumers find the health plan and coverage that is best for the consumer and commit to serving all Californians, regardless of their age, disability, race, ethnicity sexual orientation or gender identity.

Click here to access the storefront images, along with the agency names and their addresses, contained in this news release. 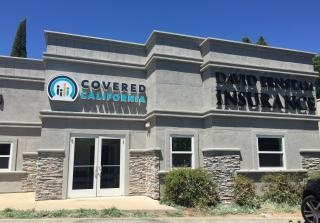 Open enrollment for the upcoming year started on Nov. 1 and will run through Jan. 31, 2022. Open enrollment is the one time of the year when eligible consumers cannot be turned away from coverage for any reason.

An estimated 1.1 million Californians are uninsured and eligible for financial help through either Covered California or Medi-Cal. More than 85 percent of that group (about 940,000 people) could get comprehensive coverage with no monthly premium.

However, people who need coverage earlier may be able to enroll now. Covered California opened a special-enrollment period to allow the uninsured, and those enrolled directly through a health insurance carrier, to sign up and begin benefiting from the new financial help offered through the American Rescue Plan. People who sign up by Nov. 30 will have coverage that starts Dec. 1.

In addition to visiting CoveredCA.com, those interested in learning more about their coverage options can also: